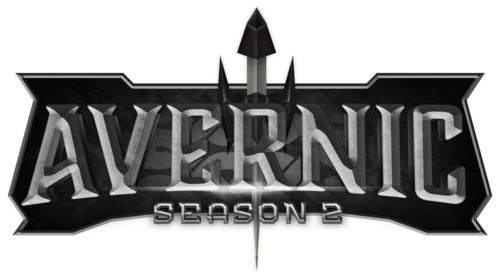 It is with great seriousness I adress you today regarding the future of Avernic. As most of you know, Avernic has since its initial release in early September had its ups and downs with, unfortunately, many big issues hindering our path of progression and growth. DDoS attacks, server issues & crashing bugs have brought this server down to a very low player count compared to what it once was.

After a long, long time of discussing with developers and people involved in this project, we have made a tough decision – to reset Avernic and release a ‘Season 2’. This will be a fresh release and it will introduce a ton of new content, updates & game fixes that have been in the progress for a long period of time. For most of you it will probably feel like a whole new game. I understand some of you must be absolutely fuming with this decision but please hear us out when we say that there is no other way Avernic will be revived and reach its full potential. With a big financial backing and a strong development team, we hope to release Season 2 of Avernic with a BANG on the 27th/28th of December (the exact date is to be determined in the coming days).

Of course, anyone who has donated to Avernic, whether it be with OSRS GP or PayPal, will keep their ranks on Season 2 and be greatly rewarded for their loyalty, however the rank & donation system will be re-done for the new release to make it easier to understand and make the game less pay-to-win for a more benefiting & thriving player economy. More specific information on this as we approach the release.

Anyone who chooses to stick with us will have a chance to claim a Veteran kit by joining the Avernic Season 2 discord before launch and requesting a Veteran role. Anyone who has aquired this role will be eligible for a Veteran’s starter kit upon launch!

Many of you may be wondering what we have been working on and what will be included in the upcoming release of Avernic Season 2. I will be, up until launch, be posting some media in #sneak-peeks in the new discord server to keep you all posted. Below is a short list of SOME updates that have been finished/that are currently being worked on. Please bare in mind that this is just a selection of things being changed, improved and fixed.

Networking fixes – Crashing & disconnection issues have been looked into and many issues from the past has now been resolved.
Pathfinding fixes – Pathfinding in certain areas that was previously wonky, for example in the Olm boss room & ToB, has now been fixed up.
Combat fixes – Delays and formulas for combat have been looked into and been significantly improved for this new release. This includes, for example, item switching.
Last Man Standing – Scratching our old, buggy tournament system, we have implemented a close to 1:1 with OSRS Last Man Standing minigame. This ensures anyone who wishes to PvP effortlessly without any pre-requisities can do so.
Zalcano boss – The Zalcano boss has been added to the game for all of you looking for a different type of boss fight! We will also be looking into adding more of the skilling bosses.
Verzik Vitur combat – The Verzik Vitur combat scripts have been fine-tuned, most importantly the third-phase, to be a more strategically challenging fight rather than a tank-simulator.
Cosmetic overrides – You will be able to display your rares without sacrificing important item stats or bonuses. Wear skilling outfits whilst showing off your greatest
fashion scape! Of course, this will not be allowed in PvP areas.
Upgradable changes – Some of the upgradables previously seen on the game that were very powerful (for example the bloody justiciar & bloody twisted bows) will be removed from the game and more sensible upgradeables will be added to ensure there’s no power creep and to maintain the value of best-in-slot items.
Skilling improvements – We plan on adding more skilling methods such as Amethyst mining/crafting/fletching & tree farming. This to give skilling some depth and give any of you grinding the game some variety!
New experience mode – Another experience mode has been added; Extreme. This experience mode gives 1/3 of the XP of a Hard account (~3.5x Skilling rates, 10x Combat rates) and gives a 10% drop rate boost.
Group ironman changes – Team leaders are now able to kick members of their team & a storage chest has been added. Players no longer need to trade each other to share items within the group – store them in a mutual bank instead!
New drop table interface – Display all NPC & Raid drops in an easier & more stylish manner!
New achievement system – The old, generic achievement system has been scrapped and has instead been replaced by an achievement system cycling
daily & weekly achievements to ensure you never run out of things to do and always have another reward to collect!
Time tracked boss kills – Track time of your boss kills and try to beat your own record!
Revamped slayer system – More masters & more unlockable perks with our new slayer system, featuring a more accurate representation of OSRS’s slayer interface!
More RuneLite Plugins – Even more plugins have been added to the client including a plugin for displaying ammo, re-arranging your prayers & customizing ground items.
New home area – A brand new, freshened-up home area has been added. Along with this, a new, custom gambling zone has been added.
New donator zone – A brand new, custom donator zone has been implemented.
New interfaces – A ton of our interfaces have and will receive revamps, including but not limited to, the starter interface, banking interface, gambling interface, clan chat interface, quest tab, teleportation interface & mystery box spinner. Some of them have been made into OSRS-replicas (Bank/Clan chat), whilst some have received touch-ups to make them easier to use and understand.
New donation system – Changed ranks, new benefits & less high-tier items in mystery boxes. A lot of emphasis has been put on making the game less pay to win but maintaining the usefulness of obtaining donator ranks.

Again, I sincerely apologise for any inconvenience this causes you. I understand many of you spent a lot of time on this game but trust me, we would not be doing this if we didn’t deem it absolutely necessary. At the end of the day, we do this for YOUR enjoyment and the longetivity of the game. Feel free to ask any questions or voice your concerns below.