It has been about a month since our initial release and a lot has changed and improved. I thank each and every one of you for the support you have shown. I will continue pushing updates at as high speed as I can. Today, I have another set of updates for you including both much-needed game mechanic changes, bug fixes and new content additions.

Before I hop into those, though, I want to take some time to state that, to celebrate one month of uptime, updates and fun, there’s now a 25% sale on the store. Simply use the code ’25MONTH’ to get 25% off any purchase.

Now, let’s get into the patch notes!

Mystery boxes have received an overhaul and are now split up in three different boxes. Below follows a description of each box.

Players can now right-click -> View loot on the boxes in the shop interface. This enables you to view the loot without having a box.

The Rigour box now only contains gear & supplies. The drop tables has been slightly tweaked and items such as certain upgrade secondaries, zenyte (this might be removed in the near future but for now there is almost zero supply) and kraken tentacle has been added to it. Also a chance at the two new, more powerful boxes can be
has been added to its drop table. Armadyl armour has been moved from the vote mystery box to the Rigour box.

Pet mystery boxes have been added to the game, housing a ton of new pets! Some of them have effects whilst some of them are purely cosmetic. Any pet aquired from a pet mystery box is tradeable. With this change, the Party Pete pet has been moved out of the store and the mystery box and into the pet mystery box exclusively. Any pet previously found in the donator shop has also been put into this box.

You can get pet mystery boxes in various ways: 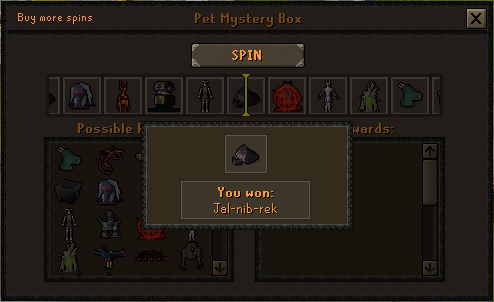 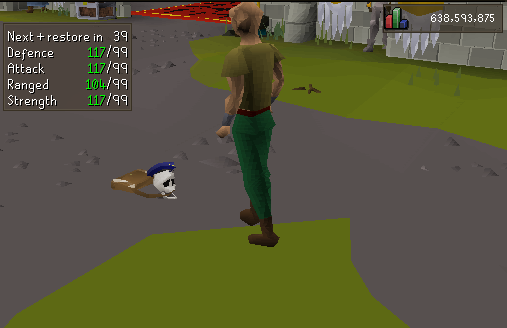 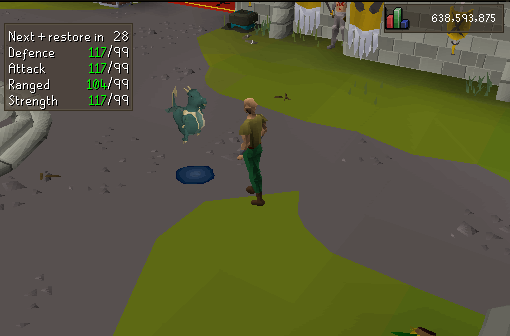 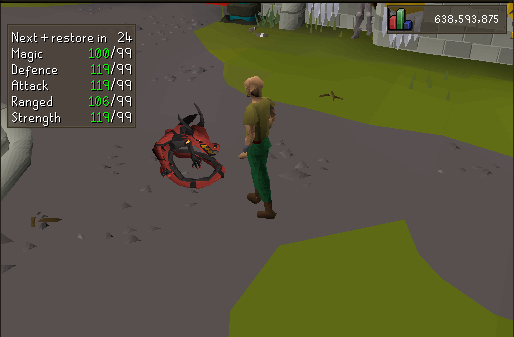 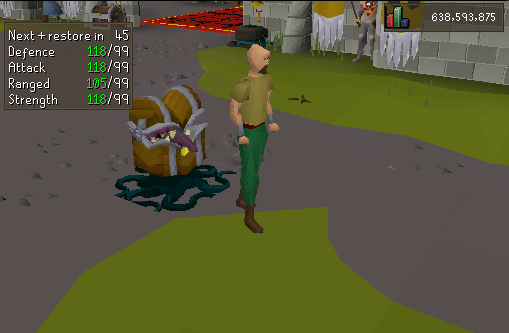 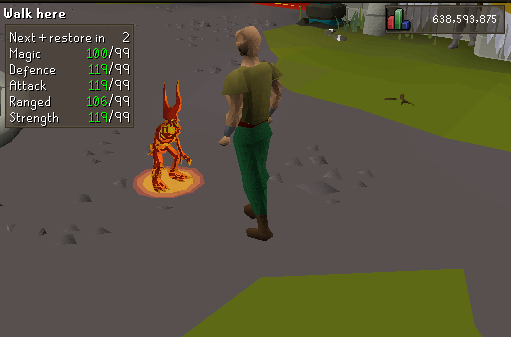 Nibbler pet – Gives a 30% increased chance at succesfully gambling a fire cape/infernal cape for a pet. 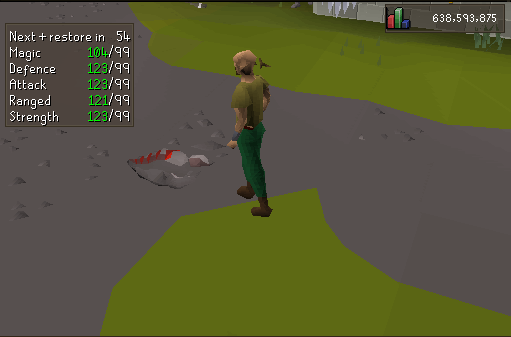 A “mount” pet has also been added. This item goes in the arrow slot and makes you mount a mining cart.

The third box is a cosmetic mystery box. This is the box where you find all your rares (party hats, santa hat and so on). It also introduces some new cool items: 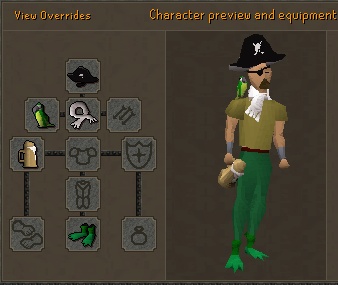 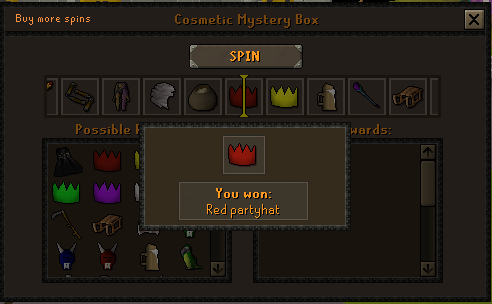 The RuneLite agility plugin now works as supposed to! It highlights shortcuts/agility objects and changes their color if there’s a mark of grace spawned nearby. 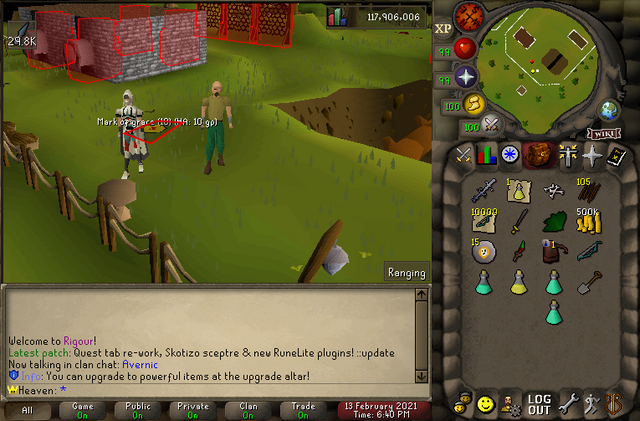 A new item has been added; the Konar warhammer. It can be aquired as a rare drop from the Brimstone chest. It has the stats of an abyssal whip, however it has an additional 30% damage & accuracy when on a Konar task making it a very strong option. This effect stacks with that of a slayer helmet. 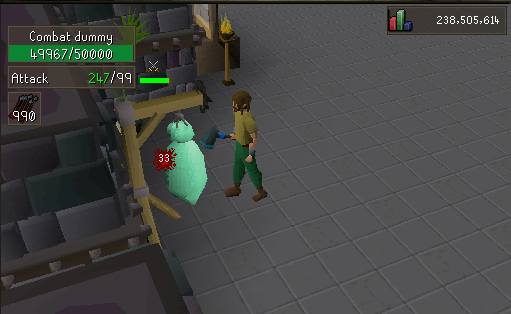 Due to the low amount of items in circulation already, the drop rates for both CoX and ToB has been slightly buffed. Nothing extreme has been done but the rates have been adjusted fairly. The Scythe of Vitur’s multi-hit attacks will no longer cause the melee hand to glitch out and not render dead properly in CoX.

With this update, a new item has been added as a rare drop from CoX – the Twisted staff. It shares the stats of a staff of light, however it deals an additional 25% damage (on top of the staff of lights 15% boost) inside of CoX, making it very powerful. 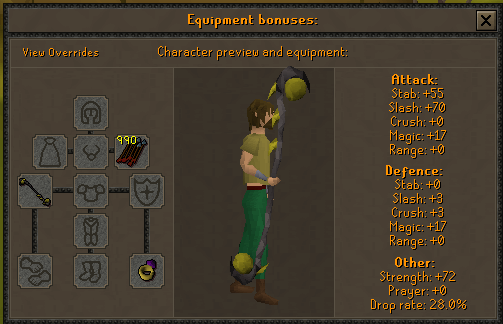 Updated the ironman leaderboard in preparation for the coming Duo ironman gamemode! 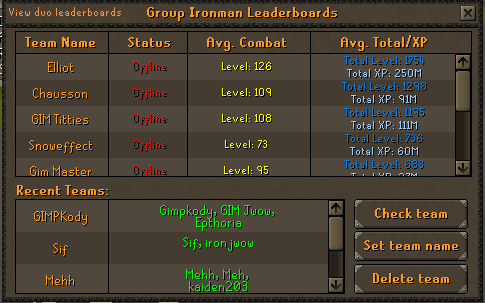 I hope you will enjoy these updates!