Today brings another update for you all, including a brand new teleport system and some more goodies! Let’s get into it.

The teleport interface has received an overhaul! It now displays significant drops from bosses, slayer areas and minigames. It also allows up to five favorite slots to be saved and has a much sleeker look overall with the NPC’s displayed on the interface.

The drop rates for chambers of xeric have been slightly nerfed since yesterdays update. As we all may agree, they were a bit too powerful. Not to worry, hopefully it is more balanced now and will make for some exciting raids! Some other changes have also been applied:

Shops will now display what currency they accept and how much you have of said currency. This applies to both point shops & currency shops. 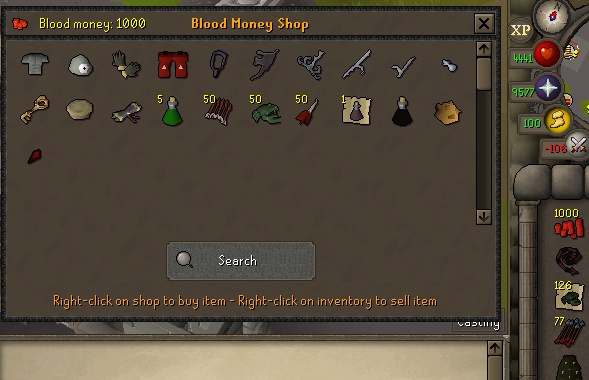