It is a long overdue update we’re pushing live today which contains a ton of exciting new additions & fixes. Take a moment to read through the full list below & I hope you will enjoy!

A new armour set has been added to the game; the Frosted robes! These robes share the stats of ancestrals, however when the full set is worn they deal an additional 5% damage to ice spells. This armour is now a part of the Blue wraith’s drop table and replaces the Wraith armour as a BiS magic armour. The Wraith armour is still available from the Wraith key and is now a melee armour, which makes a lot more sense to its appearance, and has a new effect: 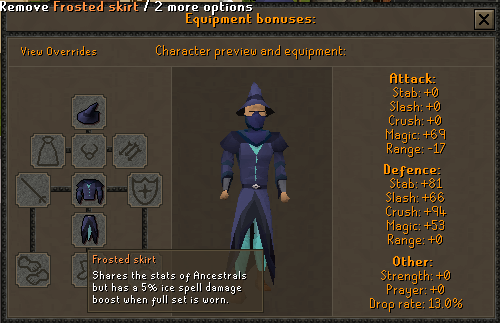 Players may now price check items in-game. These prices are based off of items protection value and are subject to change over time.

Every new player will now receive a starter task scroll in their starter package. This will give them a random starter task that will grant them the following rewards upon completion:

This will be a way to, hopefully, keep new players and get them hooked on the game faster by giving them a direction to go from the start. A new armour set has been added to the game; Hydra leather armour. The armour can be created by receiving a ‘Hydra dragonhide’ from either the regular Hydra or the Alchemical hydra. Obviously the drop rates for it are much better on the Alchemical hydra. You also need 100 dragonic scales per piece you wish to create. These are dropped randomly by various dragons, amount ranging based on the dragons level. They are not dropped by regular green, blue, red & black dragons.

The Hydra leather armour is not only a strong ranged armour, surpassing Morrigan’s in terms of raw stats, but it also has an effect when the full set is worn – 5% additional damage vs dragonic NPC’s. 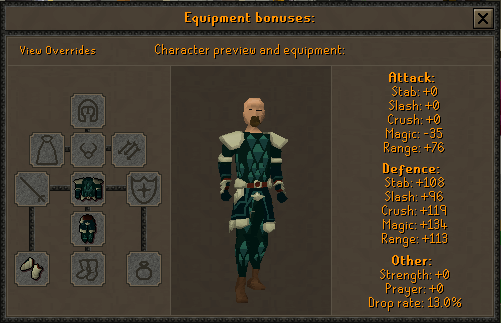 Players may now collect their untradeables for a fee (some, such as pets, for free) upon death instead of having them automatically sent to bank. They may be collected by trading the Weird Old Man at home bank.

All versions of the trident now has their proper combat interface. 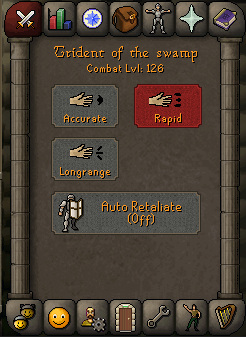 Amulet of the Damned (e)

Instead of dropping this amulet, Mutated barrows now drops a barrows enchantment which can be upgraded with 5x amulet of the damned at the upgrade table. This creates the amulet of the damned (e) which now, on top of its previous effect of giving a 2x as high chance of activating the sets effects, gives a 5% damage boost when worn with a full barrows set, much like the barrows ring. These bonuses do stack. Another tournament style has been added; Pure. The setup can be seen below. 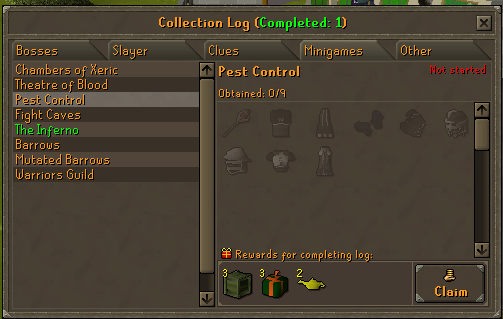 The coal bag has been added to the game. It has 27 slots, or 36 if wearing a max cape/smithing cape. It can be purchased from the skilling token shop (Bob) for 1,000 tokens.

The bottomless compost bucket can now be purchased from the skilling token shop. It does not need to be refilled – it provides unlimited compost!

Item switches are now queued per default (OSRS-style). You can toggle this on/off in the advanced options.