Today we are releasing yet another update. Most of our time has gone towards preparation for the Duo Ironman game mode and wrapping up group ironman storage, however we’ve
managed to fit in some other important fixes & additions as well!

In addition to todays updates, we have also enabled double voting rewards as well as a 15% discount on the store ALL WEEK as a thank you for all the support you continue to show!

Anyway, the updates are as follows:

In preparation for the upcoming duo ironman game mode (announcement coming soon), we have finally finished up the shared bank for ironman groups! The main tab holds 50 slots for any possible item and the other tabs are filled up with supplies (food, pots & skilling resources) to share efficiently with your group. This bank is pretty simple and you may not re-arrange items – it will primarily be for sharing items when other members in your group are offline and vice versa. You may access the bank by using the chest right outside the home bank. 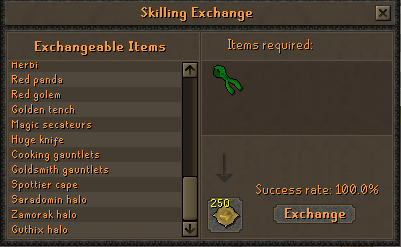 We continue working on improvements & new content for you every day. Expect more soon!