It is time – the moment we’ve all been waiting for: Duo Ironman! In the update bringing this game mode alive, there are some other changes worth noting. The full list follows below:

The duo ironman mode has finally been released and the competition is live! Read all about it here if you’re interested: https://rigour-ps.net/forum/topic/duo-ironman-game-mode-competition-win-1b-osrs-gp-1k/#postid-346 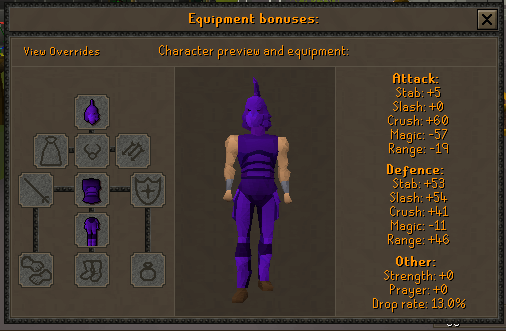 The group (and now duo) storage chest has had two bugs fixed.

A new perk has been added called ‘Crushing Expert’. This perk can be found under combat perks & increases the XP received from using a bonecrusher by 25%. The overloaded heart has, after some discussion, had some changes to it.

Players may now attach an ornament kit to the tormented bracelet. This kit may be purchased from the vote shop.

In order to maintain the importance of high-end gear, the blowpipe has received a slight nerf. This nerf also impacts the Cerberus blowpipe.

I hope you understand that this balancing change is for the greater good of this server and not to mess with you all!

Most of the effort has gone towards finalizing the duo ironman game mode for this update – expect more content updates in the next one!

Many thanks, and good luck,