Today I bring you another update log consisting of a lot of much needed fixes, improvements & requested additions. I wont take up too much of your time, just wanted to say we are still working diligently working on getting the updated RuneLite out – hopefully it should come this week. Shortly thereafter, we will announce the release date of Theatre of Blood. Anyway, todays updates are as follows:

Re-worked flower poker – it now works a lot smoother and lets you plant seeds yourself. There is however a time-out, so if you wait over 10 game ticks seeds will be autoplanted for you. All the previous bugs/issues with items disappearing should be fixed and your gambling should now be uninterrupted. Buying seeds from the Wise Old Man has been increased to 50 at the price of 1M, as you now need 5 per game rather than 1. 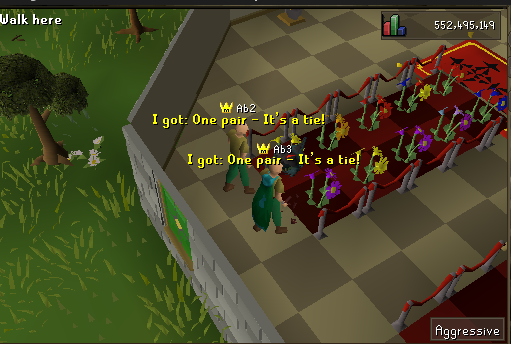